Its the end of the semester and also

The end of my final semester at Westchester Community Collage

I have been in this school for roughly two and a half years and it has been an unforgettable journey. while their I learned a very important lesson, That Life is unfair and you wont get what you want all the time. I have dealt with bad professors, Tough work, me doubting myself, panic attacks, disappointment and sooooo much stress. But I just kept going and now here we are. I will be graduating and I will also be going to Purchases in the fall. I just want to take this moment to thank a few people.

Thank you Professor Ferranto For helping me with The Visual hierarchy project For purchase and helping me realize my passion of graphic design. Without you, I would have never got into purchase or any school.

Thank you to Professor Mahr For helping me with Transfer work and always being extremely helpful in that whole process.

Thank you to Professor Tschampel For literally Everything. From being a great professor to work with to helping me while I was at my worst. Thanks for always believing in me.

Thank you to the Officers for the New Media Group. We Did a good job with everything this semester. And I couldn’t ask for a better group of officers and friends.

I have meet so many people throughout my time here at WCC and I am extremely Grateful  that I have had the opportunity to get to know you. Form struggling in Drawing 2 to getting reunited with my old high school friend who iI haven’t scene in 4 years, Thank you for everything.

And to you the reader of this blog post. Thanks for dealing with my BS For the past couple of mouths. I had fun making these Posts and I hope you have enjoyed them.

Thank you WCC For all the memories, Now its time to move on to bigger and better things. 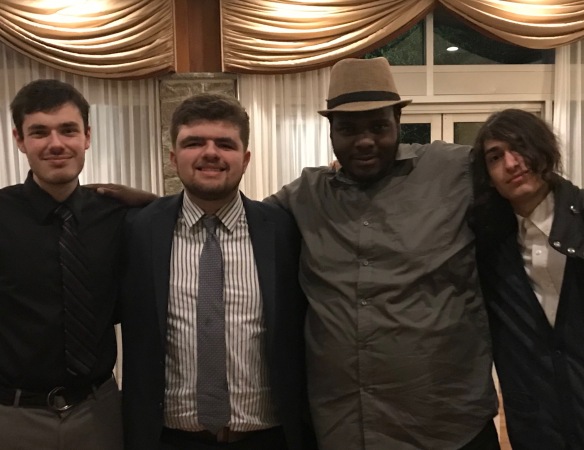 This movie was Intense. It takes you on an emotional roller coaster , It funny, Shocking and sad all in one 3  hour movie. Yah that time might scare you at first but trust me, Its worth the 3 hours. Overall, This movie has now become my favorite Marvel movie of all time. I have been watching marvel movies for as long as I can remember, And I have never seen a Marvel movie like this. It amazing that this movie was released one year after Infinity war. Infinity war set the bar. Endgame went over that bar by a mile. 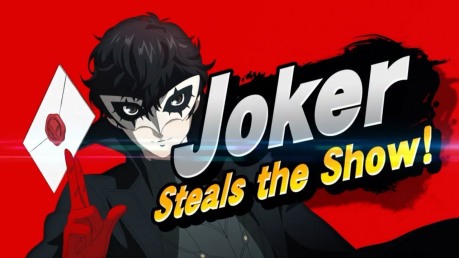 After 5 long mouths. Joker is Finally in Smash

if you don’t know, Joker is the main Character from a game called Persona 5  which is actually one of my favorite games of all time. its an rpg that takes place in Shibuya Japan where you play as a high school student who fights monsters called shadows. As you progress through the game, you slowly gain party members and monsters called personas to fight the shadows and explore dungeons. And that game in a nutshell, if I talk about everything about the game, Ill be here for a very long time, I mean the game is over 100 HOURS LONG. Ill just say that this is one of the best RPGs I have ever played, The Characters are good, Gameplay is fun, And the soundtrack is one of the best in any game.

All the way back in late 2018, I was talking to some of my friends about what characters should be in Super Smash Bros. I said that Joker should be in it, I though it was impossible for a character like that to be in smash because he is from a Rated M game and he is not on a Nintendo console. However………

On the day of December 6th 2018, Me and My friends watched the annual Game awards on Twitch, During the show, they showed off a trailer for something persona themed, I though it was a trailer for a spinoff game in the series, Until….. 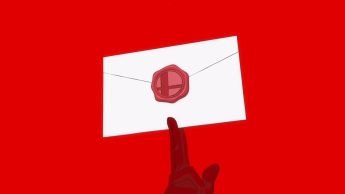 JOKER GOT CONFIRMED IN SMASH

After I saw that image of the smash envelop, my friends and I were in shock and disbelief, My friends and I also ignored the rest of the show just to talk about the trailer. The reaction was recorded and it will post it.(WARNING BAD LANGUAGE. Im in the background, going crazy)

And then we waited, and waited, and waited until Finally He came out. Joker is now playable and I can not anymore happy. I love all the care and effort that was put into this character. Its like they know who this guy is and where he is from.

Now all we need is Sora, then my life is complete. 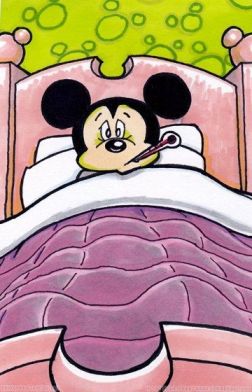 My throat was killing me, I had bad Headaches and I was really tired and cold. Thankfully, I feel much better now. I just cant believe that I was able to attend school. 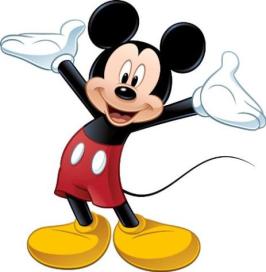 In case you forgot what senioritis is, It is a supposed affliction of students in their final year of high school or college, characterized by a decline in motivation or performance.(Totally did not copy and pasted from the internet.) Basically what im saying is at I feel my energy is draining fast and I have also been bombarded with a lot of work recently. But  I just got to keep going I guess, I mean i’m 3 week away until the end so I should keep on working until the End of the semester. 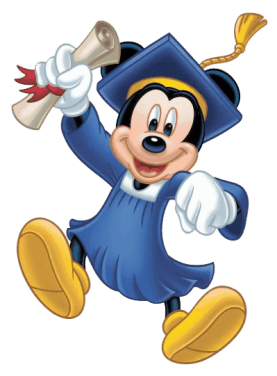 This Tuesday, I went to a Yankees Game.

This Trip to the Bronx started out as an April fools joke “as I thought” when he randomly texted me that he has a belated gift for me. My brother is notorious for his April fools jokes on my family, so I was just Ignoring it. When he came home from work, he actually gave my something……..His Wells Fargo bill (yay). He than gave me Tickets to the Yankees Game against the Detroit Tigers, so this wasn’t a complete April fools joke. Coincidentally on the same day, I got accepted to a Collage, so on Tuesday we were celebrating.

We took the train to Yankees Stadium to meet up with my brothers friends who were at a Bar called Stans (Fun fact: This bar was were the famous Derek Jeter Re2pect Commercial was filmed). After having a few drinks we then proceed to the Yankees Game. The game itself was kinda boring and the Yankees actually lost 3-1 and it was freezing. I was so cold , that my hands became numb, Besides the game and the weather, I had a good time hanging out with my brother and his friends and also celebrating my acceptance to a collage. It sucks that the Yankees lost, But this is only the beginning of a long season so theirs no need to worry.

I  also took some pic at Yankees Stadium: 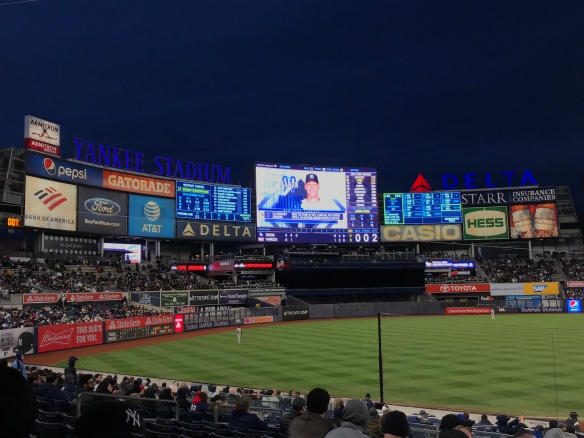 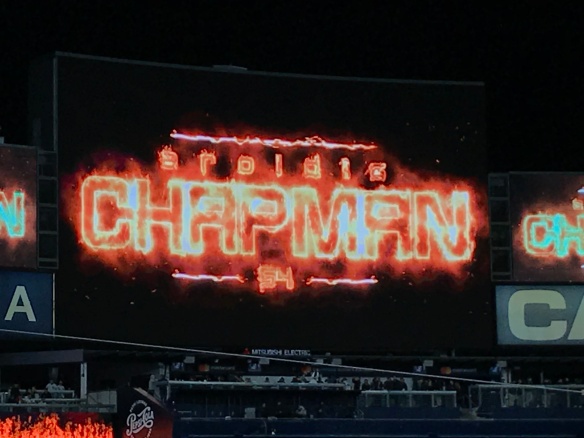 I would like to Announce something really important. I have had many discussions with  my friends and family about this and I have came to conclusion.

I will be droping out of school

I made this decision because I have been insanely stressed out with school and I would like to focus on my professional Vlog career. My goal is to become the next Jake Paul and host a TV show on Nickelodeon. I also want to make a song about how rich I am and I will be Radio Disney’s NBT (Next Big Thing). Hch I will make more many than anything I get with a degree.

And thats why I will drop out of  school

Me after finding a Cheap Jersey

Sorry about the pun

As you probably know, Odell Beckham jr got traded to the browns “Witch was incredibly stupid in my opinion”. So I thought to myself “How much are Beckham jersey?” so I went to Modells and I manage to find Beckham jerseys, FOR $20. And of course I bought it. Now heres the thing, I already have a Beckham Jersey that my parents got me for Christmas a few years ago, But it is an XL witch doesn’t fit me. The one I got was a Medium witch dose fit me. so I decided to buy a Medium Jersey for 20 bucks and give the one I already have to my Dad (I’m a Good Son). I also like how on the reseat, It said that I saved $80.

In Conclusion, Don’t trade your star player, otherwise the jersey prices go down and collectors (like me) can get an easy W.

for the first time in a while, Thank god I’m a jets fan.

This is a text widget. The Text Widget allows you to add text or HTML to your sidebar. You can use a text widget to display text, links, images, HTML, or a combination of these. Edit them in the Widget section of the Customizer.
James Jacapraro Portfolio
Create a free website or blog at WordPress.com.