So this passed week was my spring break, and I just want to take this time to share with you what happened during my break.

Well for the most part, nothing happened. I spent most of the time relaxing, playing tetris 99 and Kingdom hearts 3.

However, I did you watch Captain marvel over the break with some of my friends and it was pretty good, though it was one of the weaker marvel movies in my opinion, despite the controversy with Brie Larson, it was OK. And yes, I am sooo excited for Endgame.

I was also freaking out over nfl free agency. My jaw hit the ground when I heard that Odell Beckham jr got traded to the Browns and I was excited to hear that Le’von Bell signed with the Jets. Hopeful he is happy with the money.

I also went down to the city to see some family who were on vacation. we spent Saturday in jersey city and Sunday in downtown Manhattan, we also when to the 9/11 museum which was very interesting/sad. My uncle wasn’t feeling it thought because he was there during 9/11 so it brought back bad memories. other then that, I had a good time seeing my family and exploring new York. I even took some pictures.

Overall, My break was very chill and fun. Now, Back to reality. 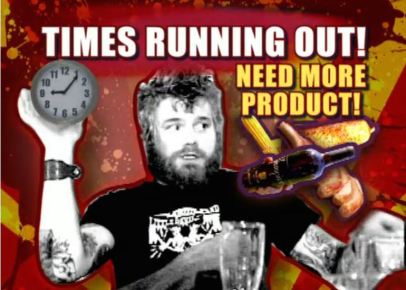 Have you ever got that feeling that your time is running out to work on something? well, I had that feeling ALL FEBRUARY, It felt like there was a timer on me constantly.

I had to send out a application to colleges and one of the colleges I applied for had a portfolio deadline of March 1st, and I needed a certain piece of artwork to get into that school. however, its a graphic design piece that I am going to do in the class, but we weren’t  gong to do it in time. so I made the piece by myself with the help of my professor and I manage to send out my portfolio just in the nick of time. There is another school that I applied to, but I have more time to send out my portfolio.

So, what did I learn, DO THINGS AHEAD OF TIME.

So. Today is my birthday, I am now 21 years old, which makes me legal to drink alcohol. so far my day is going good, I got home early due to my class getting canceled, I had a test that I feel like I did good in, and I had a huge meeting for my club. Its amazing how much birthdays change when you get older, I remember having friends over my house and having a party in places like the movie theater, David and busters, or even McDonald’s. Now, It kinda feel like a normal day, but its OK, I do enjoy it.

Anyway, i’m about to have a drink, see you later

So I just finished watching the new Kim possible movie and I would like to give you my thoughts about, Possibly (no pun intended) one of the most controversial dcom of all time.

Before I review the movies I just want to talk about this whole “Sitch” with Kim Possible. First off, I just want to say that Kim Possible was one of favorite shows growing up. I loved the theme song , the characters, and the story. I love this show so much that, I actually own one of the movies.

So when I heard that Kim Possible was coming back I was excited. And then all the excitement when down the drain when I heard that the movie was going to be a Live Action Adaptation. I wasn’t the only one who was disappointed, Many people who grew up with the show were also very angry to know that the new Kim Possible movie was going to be Live Action. Also, Disney channel released a video where the old voice actors Christy Carlson Romano and Will Friedle actually audition for the movie, But Disney trolled us and said they were “too old” and “they should give someone else a try” and they did. They got a girl named Sadie Stanley And a guy named Sean Gimbrone to play Kim and Ron, and of course, people were mad. In July of 2018, The very first picture of Sadie Stanley as Kim Possible was released and People were pissed off, This actually got the attention of Sadie and she replied with this on twitter:

And then we waited.

Now That I saw the movie, What do I think, It was pretty bad. first off, The special effects were horrible, its like Robert Rodriguez did the effects for this movie. I said “That doesn’t look right” alot while watching this movie btw. Also there was way too many unnecessary stunts, For example, there is a scene where Kim pick up pieces of paper on the ground, instead of picking them up normally, she dose a cartwheel to pick them up, Im sorry but no one like a show off. the characters were not the interesting ether, Kim is  this perfectionist who turns into a crybaby later in the movie, Ron is more annoying then his cartoon counterpart, Bonnie is this cliche mean, popular girl. The worst character in this movie was Draken , he basically did nothing in the movie beside let shego do all the work while he goes on Instagram and take selfies, (Those thing actually happen with darken”. Shego and the new character Athena were the only character I liked, Shego is Represented nicely and Athena is a very intesting character with a crazy twist that I won’t spoil. The plot was also very weird with twist that were stupid and didn’t make any lick of sense, Its like the director was just changing up the whole Kim Possible story so that it can fit with this generation witch kinda kills the movie. taking a show that aired in 2002 and bring it back and make a modern day version of it is not really a good idea, I just doesn’t work and it changes everything I love about the show. Now its just a thing that kids who are 13 and Disney channel stars love, and honestly, this is kinda sad, Disney Chanel can do better then This tbh.

Overall, I give the Kim Possible Movie a 4/10, Bad Effects, Dumb stunts, Wonky cinematography and a weird plot ruins with content that docent make sense witch the movie for me, But there were 2 decent characters, and a good moral thrown in their to help out. And some  of the dialogue was good, specially the hart to heart moments.

For starters, Lets start off with the matchup,  The New England Patriots and the Los Angeles Rams, 2 team that honestly shouldn’t be in this game because of BS nfl Rules and Officiating. Anyway’s the game in the first half was SOOOOOO BORING. It was just a defensive showdown with the score of 3-0 Pat’s at the half. and because its halftime, we get a concert. So who’s performing this year.

So, how was the half time show. It was pretty bad. maroon 5 dident sound that good and the other performers weren’t amazing ether, Especially Travis Scott. Speacking of Travis, they showed off  spongebob and I want to take a moment to talk about it. In November of 2018, Spongebob creator Stephen Hillenburg passed away from als. so as tribute, People set up a petition account to have the song Sweet Victory be played at the super bowl halftime show. fast forward 3 months and…..It happened. Squidward pop up on the screen and said “And now a musical genius that needs no introduction” as I was watching this, I was freaking out thinking that they would play sweet victory. And then, The NFL Trolled the world, by playing the beginning of Sweet victory but instead of the song being played, Travis Scott’s Sicko Mode played instead. I was just confused and disappointed as he world was. And by the way, Travis Scotts performance was Awful. Most of the song was muted due to the curse words and it left a bad inprestion because we wanted sweet victory, But instead, we get this hypebeast song. A Youtuber I watch called BionicPIG Gave his thoughts of the halftime show. Ill link it in the bottom of the post. And the Dallas Stars did a sweet victory intro before one of there games after the Super Bowl. which is what should have happened in the first place. Ill link it as well, Its pretty cool

Anyway back to the game, It was more of the same, punt after punt after punt. until Sonny Michel (RB, NE) Got the first touchdown of the game, and sadly it was the only. the Rams could’t do anything when it comes to offence and because of that, They lose with the score of 3-13. Witch is actually the lowest scored super bowl in history.

So what did I learn, THE NFL SUCKS AND THE PATRIOTS RUIN THIS LEAGUE. Next time, Watch the puppy bowl instead, At least theirs a new winner every year. WORST SUPER BOWL EVER.

Hello WordPress, This is James Jacapraro and welcome to my weekly blog. Here is where I will be talking about my personal interest. This will most likely include Games, Movies, Sports, and more. How you enjoy my blog, now if you can excuse me, I got to go play Kingdom Hearts III.

Recently, GTA 5 broke record for highest grossing entertainment product of all time. Ever scene it release in 2013, GTA 5 help Rockstar gain a total of 6.6 Billion dollars, An all time record for any Game, Movie, TV show, etc.

This is a text widget. The Text Widget allows you to add text or HTML to your sidebar. You can use a text widget to display text, links, images, HTML, or a combination of these. Edit them in the Widget section of the Customizer.
James Jacapraro Portfolio
Create a free website or blog at WordPress.com.